Powered by NextGen Gaming, Foxin' Wins A Very Foxin Christmas Slots, will certainly give you all that you need in a slots online game throughout this festive season. This slots online game comes with 5 reels plus 25 paylines. It can be played from 25p in every space on any device that you might be using.

The new version comes with a feature for Free Games, which with a x2 multiplier can give you up to 20 free spins. At the same time, you will get Fox Pups on the 5 reels, which means that you are allowed to turn your symbols to wilds. You can comfortably play this game on your tablet or mobile phone while relaxing at home.

The user interface of the game gives you the festive feeling with its snowfalls and the jolly soundtracks of jingle bells with other Christmas related themes. The game takes you into the amazingly decorated Foxin’ mansion, you won't fail to notice the completely decorated snow-covered Christmas tree that has been lit up with twinkling stars. 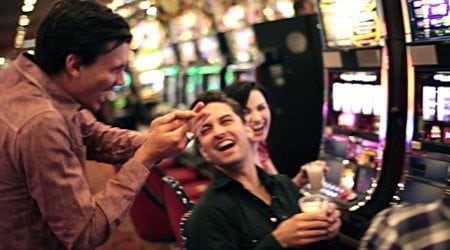 On the reels, you will see playing cards symbols such as Festive A, J, K, Q, 9, and 10. There are wads of cash, sports cars that will be driven by Foxin himself, and then the Snowglobes.

The wild symbol is the fox in a Christmas hat. This is also the most valuable symbol in the slot game. It will give you up to x80 of your stake for 5 symbols in a pay line. The Fox pup may appear on a reel and can turn any symbol wild. You will see this often enough when playing the free version of the game.

Just like in the other titles from NextGen, this also has the SuperBet feature, which is an added wager that lets Fox Pup come up on multiple reels. You have the following options.

There are random bonus features in this game, free games feature that shows up when 3 golden scatter symbols show up at any area on the reels, where you get a reward of 10 free spins.

Play this colourful Foxin’ Wins game this Christmas and get unlimited enjoyment. Additionally, you can also take home huge payouts that can go up to x2,000 your stake on free spins.