Home About the Live Casino Industry

About the Live Casino Industry

We’re not gonna lie, the live casino industry’s a big place and if you’ve never played at an online or mobile casino before then it can seem like quite a daunting endeavour. Truth be told there’s not very much to worry about though as everything from making an account to playing the games is relatively simple to do and we’ll even throw in a quick history lesson and tell you many of the advantages that come from playing at one while we’re at it.

What is the live casino industry?

It’s quite possible you’ve heard of live casinos before now however it’s only really in the last few years that they’ve soared in popularity and there’s a good reason for that too which essentially boils down to the improved quality of livestreams. Livestreams have become a popular medium of entertainment nowadays which goes far beyond the casino industry and this has caused the technology to advance leaps and bounds to the point where the streams you now watch come with full HD graphics and no lag at all. This has made the games far more enjoyable than ever before as players can now get a full on immersive experience that can only be matched by a land based casino itself.

Live casinos have in fact become so popular nowadays that you won’t find a single top online or mobile casino that doesn’t have one which makes the job of finding one far easier. Every casino you think about signing up with will have a new player bonus for you to claim and we’d suggest you do as it’s like free money however the main one we’d suggest you look out for are the with deposit bonuses. These are especially good if you’ve never played at a live casino before as you’ll be given around £10 or so to play in all the live casino games before depositing a penny so you’ll be caught right up to speed in how the mechanics of it all work before you actually deposit!

When you’ve selected the site you want to play at the first place you’ll want to head is to the live casino lobby which you can get to by clicking on the “live casino” tab found on either the homepage or in the games section. Once you’ve got yourself here there’s a good chance you’ll be shocked by the amount of choice available to you as some sites have upwards of 40 tables for you to choose between. 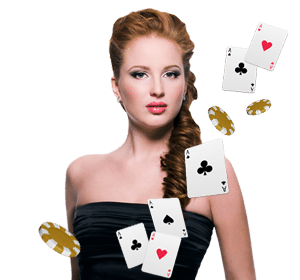 This is something you rarely find outside of Vegas and they have just about every game imaginable. Of course the main games on offer here will be Roulette, Blackjack, and Poker as these are the most popular games with players. However if you fancy yourself to be a bit of an adventurous soul you can always try out the many variations these games have. And if it’s not the variations that catch your eye but a game like Baccarat which you’ve seen in the Bond movies you’ll be happy to know they have games such as that and Sic Bo all available as well.

To make finding the table you want a little bit easier live casinos will typically have a search feature for you to break the games down into their many categories. They naturally start by sorting which game you’d like to play, followed by the variation of that game, and then finally the stakes you want to play at. Once this has been done you’ll see a list of all the tables that fit your criteria and the many dealers that are currently playing out that game. Simply click on the dealer you like the look of and your livestream feed into that game will begin.

This stream usually pops up on a separate window where you’ll see the dealer and the table they’ll play the game out on, as well as whatever that game uses be it a deck of cards or a Roulette wheel. You’ll also notice the gameplay items like cards have all been supersized in order to let even mobile players see everything in the game clearly.

Around the edge of the screen you’ll notice there’s a whole bunch of virtual chips along with your account balance. These are the chips you’ll use to bet with and to do that all that’s required is you click on the chip value you’d like to bet with and then click once more on betting table where you’d like to place it. There’s nothing more to betting at a live casino than this which is just one of the many reasons it’s become so popular with players today.

The other advantages you get from playing at a live casino is the ability to play where you want and on your own clock while at the same time still being able to get that personal touch by playing face to face with a real life dealer! The second advantage as we mentioned comes from the extra selection of games who have to choose from which go far beyond just the basics of Blackjack, Roulette, and Poker. There can be upwards of 50 tables used at a single live casino and when you realise you can switch between these sites in mere minutes you’ll find the number you can play at goes way beyond this. The final advantage that comes from playing at a live casino is of course the bonuses and while we mentioned with deposit bonuses we didn’t touch on the largest of all which are new player bonuses which can be worth up to thousands of pounds!

In the end we hope you’ll now have the confidence to go on out into the live casino world for yourself as there really isn’t that much to it once you get your bearings. The gameplay is incredibly intuitive and the dealers who play out your games are just as friendly as they are beautiful and we’re sure that after your first session playing you’ll wonder why you never started sooner!